Andrin Raj is the Director of a newly set up of the Nordic Counter Terrorism Network based in Helsinki, Finland. He is also the Southeast Asia Regional Director for the International Association for Counterterrorism and Security Professionals (IACSP)-Center for Security Studies, based in Kuala Lumpur, Malaysia. Andrin Raj is on the expert poll in the Radicalization Awareness Network (RAN) under the European Agenda for Security, European Union. Moreover, he is a Visiting Lecturer at MARSEC COE, Akzas Naval Base in Istanbul/Marmaris, Turkey, and at the Institute for Diplomacy and Foreign Relations, Malaysian Ministry of Foreign Affairs; Adviser to the Research Institute for Europe and American Studies (RIEAS), Greece; Board Member of the Organization for Security and Defense of CBRNe (OSDIEF), Italy; and Associate Fellow at the Terrorism Research Centre, School of Strategic and Global Studies, University of Indonesia. Formerly, Andrin Raj was a National Service Trainer at the Malaysian Ministry of Defense; Lecturer of International Relations at the Monash University, Malaysia; and Visiting Fellow at the Japan Institute for International Affairs (JIIA). He trained and worked alongside law enforcement personnel, as well as military and special forces units, and conducted extensive operational field research in the Middle East, Africa, and Asia. He holds a Bachelor’s degree in Political Science from the University of Louisville, USA, and a Master’s in Defense and Strategic Studies from the University of Malaya, Malaysia. He studied military science at the University of Louisville, US Army campus (ROTC program). A frequent speaker at international conferences as a subject matter expert on counter-terrorism and political violence, Andrin Raj has been interviewed by major news networks, such as CNN, Bloomberg, Chanel News Asia, CCTV, Aljazeera, and RT Russia, among others. As a columnist and author, he is a contributor to newspapers, magazines, and journals. His latest publication on the “Challenges in Counter-Terrorism and Counter-Violent Extremism in Malaysia”, is featured in the Routledge publication titled “Countering Insurgencies and Violent Extremism in South and South East Asia” (2019). 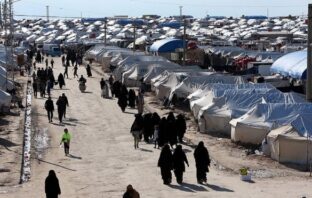 Al Hawl camp in Syria (Reuters) During the fighting against the ”Islamic State” (IS) in Syria, government and non-government forces captured thousands of foreign fighters, who… 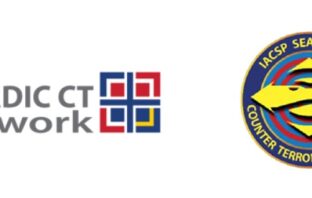 EVOLVING PARADIGM Radical and terrorist groups, especially the Islamic State (IS), have taken advantage of the COVID-19 pandemic and have made it a primary resource for…

Published on “New Straits Times“ Kyrgyzstan, situated in the Caucasus region of Central Asia, got its independence from the former Soviet Union some 20 years ago.…