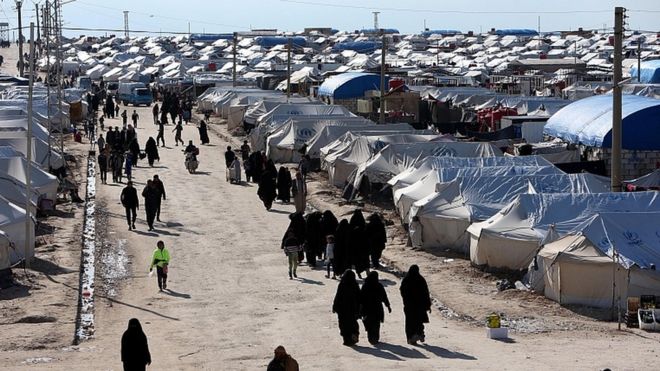 During the fighting against the ”Islamic State” (IS) in Syria, government and non-government forces captured thousands of foreign fighters, who are currently overcrowding makeshift prisons near the conflict zones. Among them, there is the Al Hawl prison near the border with Iraq. Run by the Syrian Democratic Forces (SDF) and also used as a refugee camp, Al Hawl has risen to prominence due to the presence of numerous foreign fighters’ wives and children, many of whom hold the citizenship of other countries, and hope to be repatriated, especially those coming from Europe.

These women were lured into extremism by “contact radicalization” within their religious communities, or by befriending on social media extremist militants living either in Finland or abroad. Most are Caucasians, while some are of African origin, and they left for Syria in the early days of the conflict to be with their husbands, or to become brides of IS suicide bombers.

The government in Helsinki has so far decided to repatriate three families, including 3 mothers and 9 children, who are already back to Finland. However, there was a wide discussion about whether to repatriate the children only, and leave the mothers in Syria, with heated overtones due to major differences in the political discourse. Moreover, negotiations on the release with the SDF were not as smooth as it may appear, above all in the early stages.

Is Finland prepared to receive these families? Two main challenges lie ahead: the legal treatment and deradicalization. Under the constitution and international laws, both women and children have the same guarantees as any other Finnish citizen. But the peculiarity of the case could also lead to the approval by the parliament of a special legislation for the prosecution of the jihadist women. The sentence on charges of representing or being involved in a terrorist organization, needs to encompass the obligation to enter a deradicalization program for an established period of time.

The final goal is to achieve their rehabilitation in society, although the chances of success are very much uncertain. No doubt, the ex IS women recruits (and their children as well, depending on the age) may still be dangerous for Finland’s national security. Therefore, Finnish security agencies need to ascertain the level of threat they pose to the community, and how far they have been indoctrinated. On the other hand, the ”returnees” can turn out to be of great value to the Finnish security agencies, as they can provide information on the circumstances of their recruitment and on the Syrian scenario, and also help gather intelligence on suspect groups and individuals within Finland, shedding light on their methods and activities as regards radicalization and violent extremism. In addition, deconstructing their psyche and mindset, figuring out the reasons why they decided to join IS and other relevant aspects, could provide precious insights for the deradicalization and rehabilitation efforts, especially in the case of jihadist women.

In Southeast Asia, the Caucasus, and the United States, ”returnees” have indeed become assets to security agencies and research centers, equipping them with knowledge that proved useful to prevent attacks and to deter other people from falling into the trap of radicalization and violent extremism. NCTN and IACSP-SEA worked with former, rehabilitated terrorist operatives of Al Qaeda and Jemaah Islamiyah, and with other jihadist militants, who provided valuable information as well as valuable discourse to counter jihadist narratives.

In counter-terrorism, the goal is to win the narratives of jihadists globally, and not to encounter attacks within the home front. The ability to address future terrorist threats is far greater if militants are brought back, instead of impeding their return. This applies also to Finland, which can now benefit from the women and children who have returned from Syria as a resource to strengthen its national security.