Press conference at the Italian Senate of the Republic 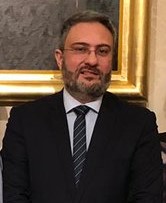 Looking at the situation, we can see the minorities in the Middle East are surrounded with existential threats of every kind: Religious Extremism; Migration; Diminishing Numbers; Economic Exclusion; Political Oppression; Internal Divisions; Weary Political Institutions; Religious & Social Institutions that are not fulfilling their role.

If the world is to extend a helping hand to these minorities, it cannot and should not be through any of these measures:

– NOT BY Supporting dictators who claim to protect minorities and fight extremism, while they in fact create the very extremism they claim to fight, scaring minorities to keep them attached to him.

– NOT BY Providing simple charity that is well needed at times but cannot change the situation on the long term and on the contrary could create some kind of dependency instead of initiating a serious locally generated sustainability.

On the contrary, to support Christians and other minorities in the Middle East I call upon the European countries and institutions, to:

–   Look at the Middle East as the cradle of the three monotheistic religions and a place of great diversity and richness in every aspect, and work to keep it as such.

–   Understand that these minorities may need at times to receive international protection, but their sustainable existence will not be insured by linking themselves to the west but by enshrining their presence in their land and strengthening their connection with their compatriots.

–   Accept that democracy has many faces and that what the people of the region choose to adopt may be different than what the west is accustomed to.

–   Support the state building process in the different countries of the Middle East as only in a proper functioning state that respect the rights of all its citizens and treats them equally before the law, minorities will be able to survive.

–   Support the ethical and moral values that they stand for including Democracy, Human Dignity, Freedom, Diversity, Inter-religious Dialogue. It is these values that can create the common space and common ground for all humans.

Finally, it is important to conclude that the world in general but Europe in particular cannot afford not to care about the Middle East and its stability and diversity. Therefore, let’s make sure enough attention is given and enough understanding of the real essence of the problem is achieved so that the international community can provide real adequate support.

Dr. Elie Al Hindy is Associate Professor at the Notre Dame University-Louaize and Director of the Middle East Institute for Research and Strategic Studies.

Press conference at the Italian Senate of the Republic