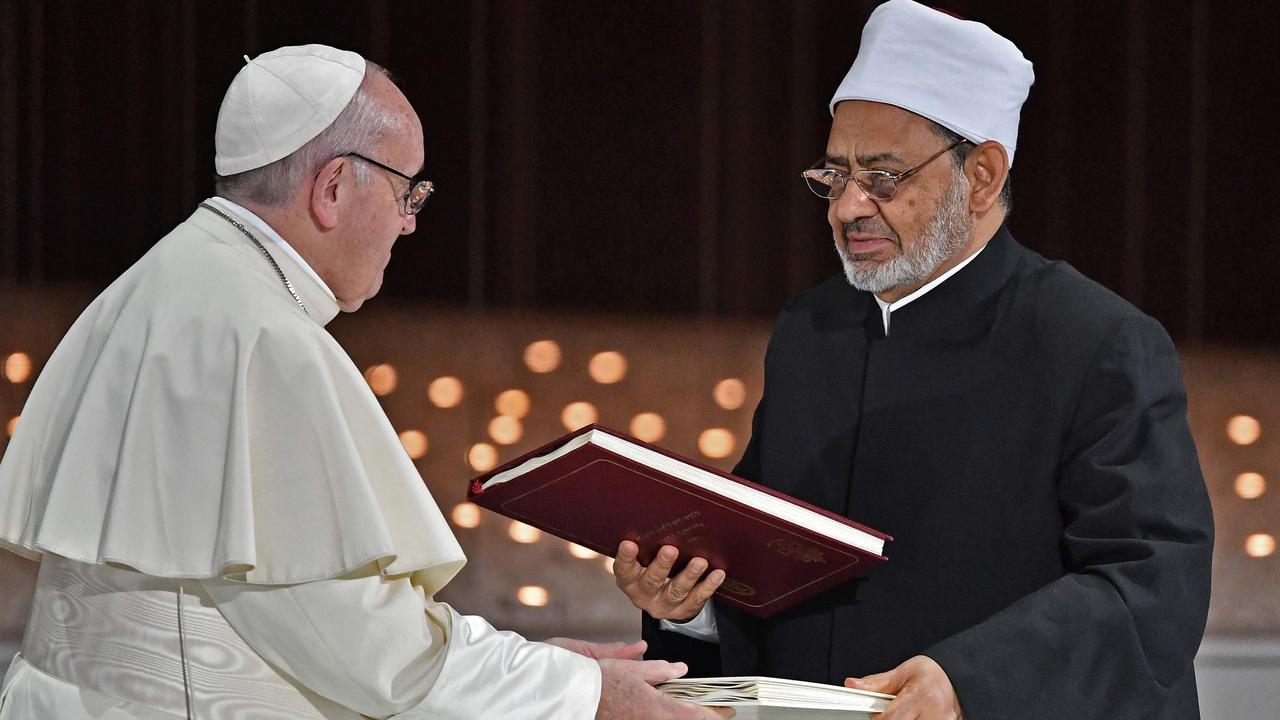 An inappropriate statement may sometimes turn out to be providential, when it stimulates the debate on how to address the problem that has prompted the same statement. This will hopefully be the case of the recent words pronounced by the Secretary General of the “Union of Islamic Organizations in Italy” (UCOII), Yassine Baradai, 33 years old, who defined Christianity and Judaism “heresies to be corrected”, justifying what he said with argumentations coherent with his politico-ideological approach to Islam and history of religions, and with the ensuing objectives.

It should be needless to remind that every religion embodies the “truth” from its own perspective. Accordingly, Dr. Baradai could be reckoned as a “heretic” himself. Such a derogative term to label the faithful of other religions reminds of long-gone times when “disbelievers” and “infidels” used to be tortured and burned alive across Europe, and presently points to the language that keeps “inspiring” ISIS, Al Qaeda, and the likes. Is that not an indicator of “radicalization”?

While no Italian pertinent authority has taken up the issue, a firm reply came from the “Islamic Cultural Center of Italy”, related to the Grand Mosque in Rome. Besides “reaffirming that for Islam both Judaism and Christianity are celestial and Abrahamic religions”, the Center highlighted that “the gravity of [Dr. Baradai’s] statements lies not only in the contents but in their origin: a second-generation young man, who instead of being a positive and constructive model for his peers remains a prisoner of a radicalism for which there must be no more space”.

This criticism is extremely accurate, as it refers to a widespread reality in Italy and Europe at large, where radicalism has been striving for decades against the integration of people with a Muslim background, by erecting barriers and fueling discord to prevent their “encounter” with the surrounding society. In doing so, radicalism aims to undermine the development of fruitful interreligious and intercultural relations, as the “path” to be pursued for the sake of social cohesion and harmonious coexistence in EU countries, as well as in other parts of the world.

In contrast, the “path” of radicalism envisages the attempt to overwhelm the religious “other” through violence or softer means, resulting in rhetoric postures and actions that escalate tensions and conflicts both in intra-state and inter-state contexts. All of that, even though the spirit of the time carries on calling the variety of religions and cultures to make the “encounter” come true.

This call has actually been met so far by many religious and lay leaders, practitioners, and civil society organizations at the grassroots level. Their role in bolstering dialogue of life, action, and religious experience, has contributed enormously to the creation of “healthy” social and cultural environments, expanding the spaces for cooperation for the common good, while challenging extremist stances and actors. In parallel, the work of regional and international platforms has enabled the establishment of broad networks of stakeholders representing the fulfilment of the “encounter” on a large scale.

However, these efforts have proved insufficient to curb radicalism, from the allegations of “heresy” to its terrorist manifestations, suggesting that intercultural and interreligious relations still have a long way to go before becoming the foundational elements of a new “governance” that would be better suited to ensure long-lasting peace and security. To have them move forward and complete the journey, a greater engagement is perhaps needed in the theological dimension of dialogue.

This is not the case of seeking religious syncretisms or reductionisms, glossing over the irreducible differences among “revelations”, and renouncing to the witness of one’s own “truth”. As a matter of fact, Abrahamic and other religions share theological and doctrinal tenets, and building on them would greatly help prevent differences from translating into violence.

The common bedrock of the necessary theological exchange has already been singled out, and lies in the notion of “One God” for “the community of all peoples”, which is enshrined in the Vatican’s declaration Nostra Aetate (1965), and is akin to the Islamic “Oneness of God” (Tawheed). The “One God” notion implies “inclusivity” and the recognition of the religious “other”, along with his/her inalienable rights and freedoms as a human being, irrespective of creed and denomination.

Accordingly, “religions must never incite war, hateful attitudes, hostility and extremism, nor must they incite violence or the shedding of blood”, as stated in the document on “Human Fraternity for World Peace and Living Together”, signed by Pope Francis and the Grand Imam of Al Azhar, Sh. Ahmed Al Tayeb, on 4 February 2019, during the “Global Conference on Human Fraternity” held in Abu Dhabi. “These tragic realities ‒ the two religious leaders pointed out ‒ are the consequence of a deviation from religious teachings”.

The content of the “Human Fraternity” document sprang from a broad worldwide interreligious consensus on the “One God” notion, which had already been reaffirmed in the letter “A Common Word between Us and You”, co-signed by 138 Islamic personalities in 2007, and in the Amman Message issued in 2004. On the same note, the yearly “G20 Interfaith Forum” will be convened in Riyadh next October 13-17.

Radicalism instead embraces an “exclusivist” understanding of the notion of “One God”, whereby the major Tawheed statement “There is no God but God” is misleadingly interpreted as “There is God only as we  [radical forces]  know it”. Accordingly, the vast majority of Muslims are turned into “apostates” and non-Muslims into “heretics”, as lately occurred in Italy.

This is the recipe for the disruption of intercultural and interreligious relations, for terrorism, and for the exacerbation of geopolitical controversies and domestic fault lines. To advance peace and security, the interreligious consensus on an “inclusive” notion of “One God” thus needs to be extended, away from politico-ideological approaches, and beyond the fences still dividing states, peoples, communities, and individuals.