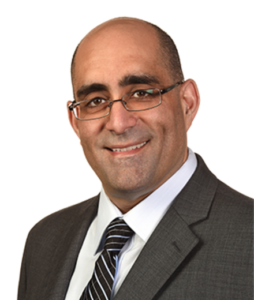 Dr. Elie Abouaoun is the Director of Middle East and North Africa Programs, based in USIP’s Regional Hub in Tunis, Tunisia. Dr. Elie Abouaoun joined USIP after serving as the executive director of the Arab Human Rights Fund. Prior to this, he was the acting country director and program manager of the Danish Refugee Council in Iraq. Elie spent time working as the program coordinator for Ockenden International – Iraq, and before this, within the Lebanese NGO Arcenciel, he was the director of external relations.

Dr. Elie Abouaoun served as a senior trainer and consultant for various international organizations since 1996, including the Council of Europe since 2000. In 2001, he was appointed a member of the Reference Group, established by the Directorate of Education-Council of Europe, to supervise the drafting of COMPASS, a manual for human rights education. He later supervised the manual’s adaptation and translation into Arabic to be distributed throughout the Arab region in 2003.

Dr. Elie Abouaoun is a visiting lecturer at Notre Dame University-Lebanon and Saint Joseph University-Lebanon on the subjects of human rights, civil society, advocacy and citizenship. He regularly contributes to publications throughout the MENA region and the United States, while serving on the board of directors for several regional organizations. Dr. Elie Abouaoun holds a Master of Business Administration and Management and is a Doctor of Dental Surgery.

What Could Make or Break Lebanon’s 2022 General Election

#LebanonForum: The Way Ahead for Tripoli’s Revolution

#LebanonFoum on “Tripoli’s Revolution: Toward a City of Peace, Culture, and Development”

The Pope’s Visit to Iraq and the Future of Christians

The Riddle of Identity-Based Politics in the MENA Region

Time Has Come for France to Revamp its Obsolete Model