INSIGHTS FROM INDIA ON CHRISTIAN-MUSLIM RELATIONS

A Call to Dialogue: Christians in Dialogue with Muslims 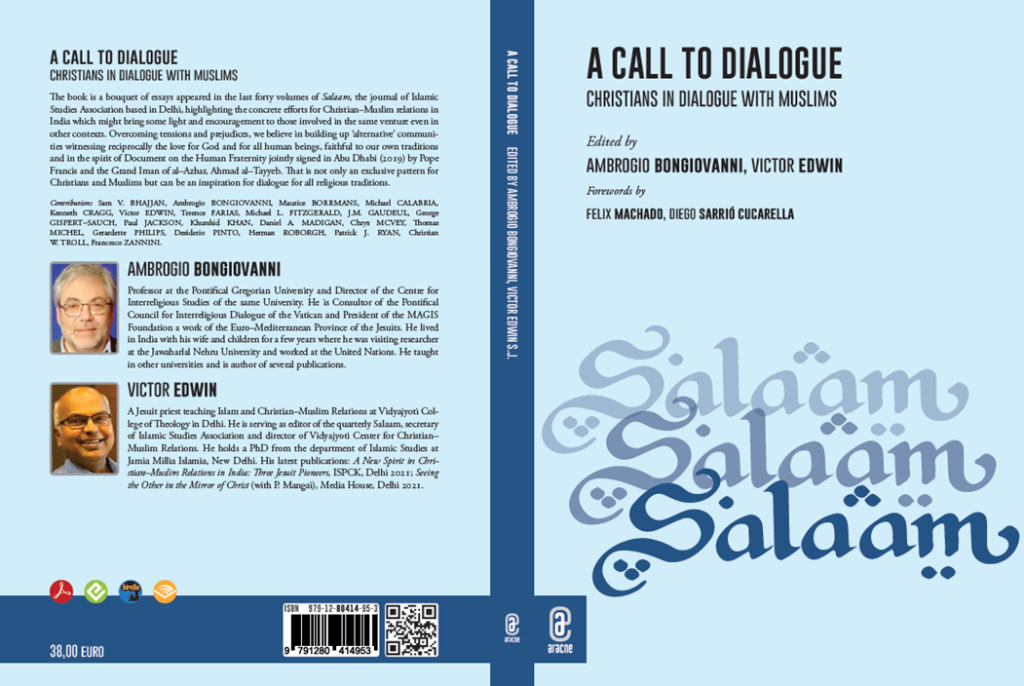 The book is a bouquet of essays appeared in the last forty volumes of Salaam, the journal of Islamic Studies Association based in Delhi, highlighting the concrete efforts for Christian–Muslim relations in India which might bring some light and encouragement to those involved in the same venture even in other contexts. Overcoming tensions and prejudices, we believe in building up ‘alternative’ communi­ties witnessing reciprocally the love for God and for all human beings, faithful to our own traditions and in the spirit of Document on the Human Fraternity jointly signed in Abu Dhabi (2019) by Pope Francis and the Grand Iman of al–Azhar, Ahmad al–Tayyeb. That is not only an exclusive pattern for Christians and Muslims but can be an inspiration for dialogue for all religious traditions.

Christian-Muslim Relations: A Fraternal Journey in the Emerging New India

The Religion & Security Council (RSC) promotes the role of the religious factor in peace-building, crisis management, and conflicts resolution. RSC is actively engaged in supporting interreligious dialogue initiatives, and advocates for sound and balanced approaches to religious scriptures and doctrines to address indoctrination and recruitment by extremist groups, especially among the youth. RSC is also focused on the present and the future of religious minorities, against any form of sectarianism and discrimination.