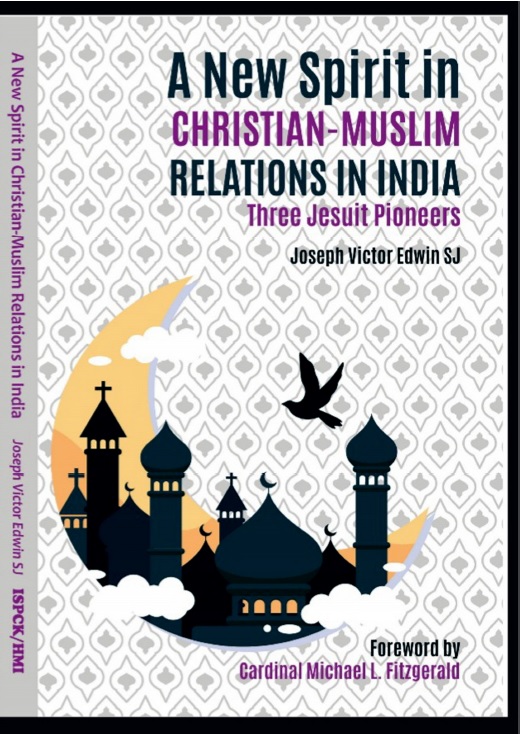 Fr. Victor Edwin demonstrates the two key aspects of Christian-Muslim relations in our time: the Jesuit heritage and the South Asian context, a unique combination that is centuries old and yet timelessly relevant. His cogent analysis of the contributions of three important Jesuit scholars –Victor Courtois, Christian W. Troll and Paul Jackson – demonstrates that peaceful and productive relations between Christian and Muslim peoples depend not only on exemplary scholarship of both traditions, but an openness to the presence of the Divine in the other, and an embrace of the other believer as brother or sister. The groundbreaking scholarship and prophetic partnerships of these three Jesuits – or four Jesuits, counting Fr. Edwin – with South Asian Muslims underscore the fertile ground that India’s multireligious culture presents to the scholar and the practitioner of interreligious dialogue and relations. Fr. Edwin shows us that the caliber of their scholarship and the quality of their relationships are both vitally important and foundational for correcting the errors of the past and building a future that reflects the best of our respective traditions.

Perhaps unknowingly, Victor Courtois, the first Jesuit discussed in Fr. Edwin’s book, had also imbibed something of the Franciscan tradition. I see this particularly in Courtois’ admonishing his Catholic confreres not to engage in polemics with Muslims which had characterized Christian-Muslim relations in South Asia for centuries. In the rule that Francis wrote for the friars in 1221, he explicitly told the brothers who go on mission to Muslim lands NOT to engage in arguments or disputes, but: “Be subject to every human creature for God’s sake.” Francis wrote that chapter of the rule after his encounter with the Sultan al-Malik al-Kamil in 1219. I often wonder if perhaps during his time in Egypt, Francis had learned the Qur’anic admonition from surah al-‘Ankabut (29.46): “Do not argue with the People of the Book, unless it be by means that are better [than arguing], except those among them who act unjustly. But say: ‘We believe in that which has been revealed to us and to you, and our God and your God is One, and to Him we submit.”

It is indeed a grievous sin that both Catholics and Muslims have resorted to polemics over the centuries, and still do. Indeed, although Fr. Courtois wrote that we no longer lived in the age of the Crusades, many Catholics in the world still retain a Crusader-like mentality. This is evident from the American Catholic TV channel EWTN as well as from the comments of right-wing politicians around the world.

As I reread Fr. Edwin’s book, I was struck by how intentional the author is about providing the biographical and historical contexts for Courtois, Troll and Jackson. While each of them broke new ground in Christian-Muslim relations and broke free of many age-old prejudices, each in their own way, their theologies and their spiritualities, were shaped by their age, by the ecclesial, intellectual, cultural and political forces of their day. These contexts are important when we critically assess the different approaches these three individuals had to Christian-Muslim relations.

The biographical contexts of these Jesuit pioneers are also important as they can help clarify for us what these individuals mean when they write about “Islam” and “Muslims.” All three study and experience Islam – especially Islam in South Asia – within the context of the 20th century, and two of them, Troll and Jackson, in post-partition India. While there are, of course, certain constants in Islamic belief and practice, it is quite clear that there are aspects of 20th-century Islam that stand in stark contradiction to the way Muslims approached their faith in previous centuries. This has been articulated so very well by Shahab Ahmed in his 2016-book What is Islam? – a book which Edwin cites in his book.

A particular danger for both Christians and Muslims writing on Islam – and I would even include some of our Jesuit pioneers – is that we often decontextualize Islam – and the Muslims who practice the faith. For better or for worse, Islam in the 20th-century South Asia – both pre and post-Partition – differs from Islam in the Mughal Empire, differs from Islam as practiced in the medieval and modern Arab World, differs from Islam in the postmodern Europe and the United States. (The same can also be said of Christianity, of course). The extraordinarily historically rich diversity in Islamic theology, spirituality, artistic expression and practice is often homogenized – unintentionally or quite intentionally – in a way that leads to prejudicial ahistorical generalizations that are counterproductive to healthy, honest and effective Christian-Muslim dialogue.

Of the three pioneers in Fr. Edwin’s book, I think Paul Jackson (Allah yirhamuh) would agree the most as he was immersed in the deepest levels of Islamic Sufi spirituality in his translation of Sharafuddin Maneri’s The Hundred Letters. At this level, writes Fr. Edwin: “A deeply committed Christian and an equally committed Muslim can look towards God in and through the eyes of one another. In that spiritual disposition there is neither syncretism nor spiritual shallowness. In the deeper realms of spirituality, an insight from a Muslim can illuminate and console a Christian in his journey towards God and similarly an insight from a Christian can illuminate a Muslim in his commitment and his onward journey toward God. In other words, the insights born of profound personal experiences ultimately point towards a common ground. In this common ground a pilgrim sojourns beyond words and symbols but rooted in one’s religious commitment.” (p. 245)

In my own forthcoming book on the inscriptions of the Taj Mahal and the religion of Shah Jahan, I briefly quote from Paul Jackson’s translation of Maneri. I think they are words that Paul would have contemplated deeply, words that shaped his heart and mind and his relationships with Muslims, words that we would do well to remember in our words and deeds: “When ‘I’ and the ‘You’ have passed away, God alone will remain.”