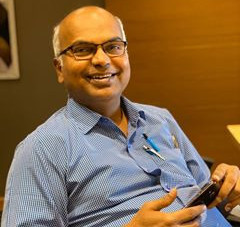 Christian-Muslim relations in India have a long and complex history. At times, they were harmonious, and at some other times turbulent and encumbered by the polemics of the past. However, their relations took a turn for the better in the 20th century with the growth of a new interreligious spirit. In this backdrop, what lessons should we learn from history that can be applied today to further advance dialogue, cooperation, and brotherly relations between Christians and Muslims in India?

A first lesson is that if there is no familiarity between people from different religious backgrounds, there are almost inevitably bound to be prejudices. Conversely, when there is a face-to-face encounter between people, that opens the way for them to communicate, to establish rapport with one another.

At the time of the Prophet Mohammed, there were at least two occasions when he met with Christians. Once, he sent a group of Muslims to Abyssinia, where the Christian ruler took care of them well. This Christian ruler received the Muslim faithful. He welcomed them and took care of them. So, that is a very positive experience of interaction. Muslims also recited the Surah Maryam of the Quran, which brought tears to the eyes of the king.

On another occasion, a Christian delegation from Najran came to meet with Prophet Mohammed in Medina. They had a conversation. They both had different opinions, but they accepted that this difference existed. The Prophet allowed these Christians to pray in his own mosque according to the Christian way of praying. When the Christian delegation’s prayer time came, the Prophet permitted them to pray and he even hosted them in his mosque. This is a great example of mutual respect expressed through interpersonal interaction.

Interactions and personal experiences between individuals from different faith backgrounds are of major importance. Where there is familiarity with people of other faiths, there is an experience of living with them and observing their faith, prejudices can dissolve and mutual appreciation can grow.

A second lesson we can draw from the history of Christian-Muslim relations is that when Christians and Muslims are self-confident and if they have a common ground, their dialogue, their interaction, their engagement, can be fruitful. We see this in the 9th century, when the Bait ul-Hikmah was established in Baghdad under the Abbasids. During their rule, Christian and Muslim scholars worked together on equal terms. They had a common ground ‒ Greek philosophy. They knew Greek concepts, and thus they could easily interact with each other. There was this common ground and self-confidence, and their contribution to the world was huge. The Greek texts which these Christian and Muslim scholars translated into Arabic preserved the Greek legacy, igniting the Renaissance in Europe.

A third lesson one can draw from the history of relations between Christians and Muslims is that polemics and debates do not shed any light. They can only generate heat and noise. You see the example of what happened in the Mughal ruler Akbar’s court, where Jesuit priests were engaged in debates with others. They were simply not speaking to one another: they were speaking at one another. There was a lot of polemics but no real light. A similar case occurred subsequently, in the period of the British rule in India, when the German missionary Karl Pfander debated with the Muslim scholar Rahmatullah Kairanawi. Though both of them claimed victory, their debate did not bring any real fruits.

A fourth important lesson is that despite the chequered history of Christian-Muslim relations, with several ups and downs, and a lot of polemics, wars, and violence, there were also some voices for peace, and these voices can be an inspiration for us today. A beautiful example are Saint Francis of Assisi and Sultan Al Malik Al Kamil, who met in humility and friendship during war times. We celebrated the 800th anniversary of this really important event last year. So, the lesson here is, always listen to the humble and feeble voices that call for peace.

A fifth lesson relates to the artistic dimension in dialogue. Often, we look at history more in terms of written or spoken words, but there is the artistic dimension as well. For an example, when the second mission of Jesuits reached Lahore, to Akbar’s court, a Portuguese artist was with them. He was commissioned by Akbar to make paintings, and the Portuguese artist thus produced many works, including copies of paintings from the European Renaissance. So, a very intense artistic activity took place. This is a form of dialogue the relevance of which we have missed quite often, although it is an effective alternative way to promote interreligious interaction and strengthen Christian-Muslim relations also in today’s India.