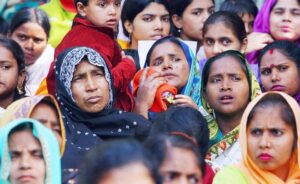 As a student of the history and theology of Christian-Muslim relations, I am aware of Muslim theologians engaging with many basic questions vis-à-vis women and their status in Islam. Moreover, Christian brothers and sisters often ask me about the place of women in Islam. Often, Muslim religious teachers, especially in the rural places, whom we meet in mosques, tell us that women are created of and for men and claim that God made men superior to women and hence women are defective in reason and faith. These men associate femininity overwhelmingly with the concept of fitna (socio-moral chaos) and hence in constant need of tight control. In contrast, masculinity is constructed in relation to man’s ghira (unreasonable levels of sexual honour and jealousy).

Women in Islam is a sensitive topic for any discussion. Any criticism of Muslims’ treatment of their women is not taken kindly by many Muslims. They consider that any such criticism is a frontal attack on their religion. Muslims firmly believe that Islam has dignified women. God has assigned different roles to men and women and they have no other option but to obey God’s will. The emphasis is on duties, and not on freedom. Certain socio-religious practices and laws are believed to be of divine origin and are used to keep women under the control of men. Such practices and conventions deny dignity and respect for Muslim women within their families and in the societies in which they live.

Many non-Muslim readers might quickly recognise the word talaq. However, the words khula, halala, and mut’ah might not be familiar to them. A quick look at these terms would be useful here. A Muslim husband can use the word talaq to repudiate/divorce his wife. This Arabic word talaq means “send back”. It is the husband who sends back the wife. According to some Muslim scholars, if a husband pronounces talaq thrice in one sitting, even if he does so in an inebriated condition, the woman stands divorced. In other words, a man has the right to divorce his wife. He is not obliged to give reasons for repudiation.

But at the same time, Muslim jurisprudence also provides the right to a Muslim woman to ask for dissolution of her marriage. This procedure is called khula. When a Muslim woman is divorced by her husband through the talaq procedure, she becomes haram (unlawful) to her husband. She first has to be married to someone else, divorced or widowed, and then only would she be halal (lawful) for the first man. This second “short term marriage”, is sometimes paid for with the understanding that divorce would happen soon, usually after the nuptial night. This is halala.

Mut’ah is temporary marriage for a specific period of time between two consenting Muslim man and a Muslim woman. It is a custom allowed by certain Shia Muslim communities. Moreover, there have been a number of case studies that call attention to the exploitation of Muslim women within their own families through the provisions of triple talaq in one sitting, halala, and mut’ah. Misuse of these provisions tramples on the dignity of many Muslim women and denies them their human rights.

Neo-traditionalist Islamic discourses presuppose radical differences in gender roles and norms that are premised on artificial binaries, such as associating men with religious authority, reason-based discourse and political and public engagement, and linking women with sexuality, domesticity, emotionality and nearly exclusive preoccupation with matters pertaining to the private domain of human existence.

I am fortunate to have continual interaction with the Australia-based Professor Adis Duderija, one of the leading experts of gender-sensitive interpretations of Islam. In one of our conversations, he underlined the urgent need to devel­op an Islamic ethical and legal theory which is ever responsive to the contextually sensitive realities in which Muslim women (and men) find themselves so that gender-based inequalities are not structurally disadvantageous to any of the sexes on the basis of a particular interpretation of Islamic teachings.

Duderija clarifies that gender-egalitarian interpretations of the Qur’an for generating gender-just and gender-symmetrical formulations of legal rights for Muslim women must come from within the Islamic interpretational and methodological framework. He advocates systematically deriving and justify­ing these rights on the basis of a particular conceptualization and interpretation of the Qur’an. Duderija points out that some Muslim reformist scholars from the 19th and 20th centuries, such as T. Haddad (d. 1935), Q. Amin (d.1908), and M. Abduh (d.1905), advocated for gender equality affirmative interpretations of Islam. However, their efforts in this regard were relatively isolated and were theoretically significantly less robust than the efforts of the proponents of contemporary gender-egalitarian interpretations of Islam.

In this approach, the role of the interpreter in arriving at meaning of texts is central. In this regard, Duderija points out how classical Muslim exegetes such as Al Zamakhshari incorporated many elements of their patriarchal beliefs and worldview into their exegesis. He further notes that the intrinsic contextuality of some of the ethico-legal elements in the Qur’an makes for an interpretational distinction between what the Qur’an reflected as opposed to what the Quran initiated. Duderija points out that the latter is universal while some aspects of the former (such as the unilateral power vested in husbands to divorce their wives, a practice from pre-Islamic times) were part of the then prevailing customary practice which was considered reasonable and rational for the time and place when and where the Quran was revealed, as Muslims believe. The Quran merely reflected these and sought to mitigate their harmful effects.

Consequently, Duderija believes that it is indeed possible to systematically and authentically engage with much of the patriarchal residue that remains in Islamic traditions, laws, and ethics, and engender non-patriarchal interpretations of the same. He is convinced it is possible to make a compelling case for the development of gender-egalitarian interpretations of the Qur’an.

See also:
A Journey into the Heart of the “Religious Other”