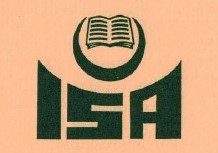 The Islamic Studies Association (ISA) was founded in the year 1979 by a group of scholars and their friends in the framework of the Vidyajyoti College of Theology, New Delhi. Since then ISA has been at the service of Christian-Muslim relations in the Indian Subcontinent and the entire South Asia. Its members teach Islam and interreligious dialogue in a number of universities and academic institutes throughout India. One of the major ISA publications was the handbook “The Muslims of India: Beliefs and Practices”, edited by Paul Jackson. This book focused on the Indian Muslims by giving the general Islamic background needed for others to understand them better. The quarterly journal “Salaam” is another important service ISA has been rendering to promote Christian-Muslim relations in the context of pluralistic India for the last 40 years uninterruptedly. 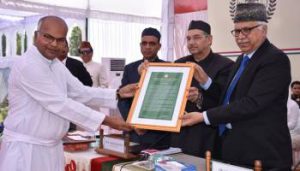 The Vatican Council II document Nostra Aetate emphasized that Christians in dialogue with Muslims must be aware of both the common elements as well as the essential differences between their faith traditions. The document urges to open channels of communication between Christians and Muslims, listing out the following reasons why a fruitful dialogue must be established. First, the God of Muslims spoke and entrusted his word in the Qur’an even if it is not the same Word given in the Christian revelation. Secondly, Islam invites all human persons to an active submission to God. Islam demands the believer to submit to the will of God whole-heartedly, such as Christianity. Thirdly, Jesus and Mary are revered figures in the Islamic faith. The document makes it clear that Muslims refuse to see Jesus as someone more than a prophet. The Church recognizes and respects that this refusal of Muslims stems from their desire to respect the absolute transcendence of their God. Fourthly, Muslim eschatology confirms their belief in the resurrection of the body and of the Day of Judgment. Fifthly, the Muslim spiritual practices such as the ritual prayer, alms giving, and fasting are praised. Such recognition and respect opens up the possibility of collaboration between the followers of these two religions.

John Paul II in many speeches emphasized the urgency of the teachings of Nostra Aetate. In 1979, addressing the Catholic community in Ankara, he said: “I wonder if it is not urgent, precisely today when Christians and Muslims have entered a new period of history, to recognize and develop the spiritual bonds that unite us in order to preserve and promote together, for the benefit of all men, peace, liberty, social justice, and moral values”. He went on inviting his hearers “to consider every day the deep roots of faith in God in whom your Muslim fellow citizens also believe, in order to draw from this the principle of a collaboration with a view to the progress of man, emulation in good, and the extension of peace and brotherhood in free profession of the faith peculiar to each one”. 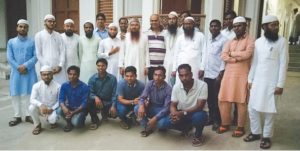 Drawing on from such clear directions, ISA committed herself to work for the promotion of national integration of all cultural, social, and religious groups in India and to support governmental programs for this purpose. The members of the Association work towards harmonious relations among Muslims, Christians, Hindu, and other religious and social communities. They promote study, research, and teaching regarding the history, religion, culture, socio-economic conditions, and other aspects of Islam.

I am happy to share with you excerpts of the gracious messages from Prof. Christian W. Troll and Dr. Paul Jackson on the occasion of ISA 40th anniversary. The two with many others, laid the foundation of the Association and nurtured its growth with great dedication and commitment. Their words give us a glimpse of the past and invite us to take up the challenges ahead. In my capacity as ISA editor, I express my deep-felt gratitude to these pioneers and all other members of ISA for their labor in the field of Christian-Muslim relations.

I do not know of a comparable initiative in the field of Christian-Muslim dialogue. ISA was born as it were from below, in the minds of women and men of different religions, and its foundation and development breath the spirit of Nostra Aetate. Some of ISA members have displayed heroic courage to persevere in the arduous task of keeping the little boat afloat. May ISA continue to emphasize above all personal encounter, mutual listening, creating bonds of respect and friendship, attention to the less and under-privileged. Together with this priority, there are of course other important tasks, such as education in dialogue, publishing relevant texts electronically and in print, deepening of mutual knowledge of Muslim and Christian culture and thought, developing the ability of discerning spiritually and intellectually. May ISA continue to inspire, encourage, and support all persons engaged in the work of Christian-Muslim dialogue, in South Asia, and far beyond.

It cannot be denied that there is an urgent need for associations such as ISA to foster inter-communal understanding and harmony in India, and to work for the common good in the face of the present politically motivated challenges to peaceful coexistence between religious groups.

In this year 2019, ISA stands and takes a view of her past with gratitude, and looks forward to new programs of activities aimed at building bridges and relationships between Christian and Muslims in the prospect of a friendlier world for everyone. “There will be no peace in the world until there is peace between religions”, a theologian pointed out to us half a century ago. The peace that all people long for is built just as bridges are built, span by span, piece by piece. Christian-Muslim dialogue and the relationships that result are thus peace-building acts.