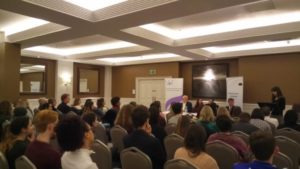 On Monday November 13, RSC Research Fellow Ms. Ellie Green hosted and moderated the panel discussion on the topic “Hate Speech and Religious Conflict: An Interfaith Perspective”, which took place at the University of St. Andrews, Scotland. The event was organized in conjunction with the UK Interfaith Week and featured speakers from each of the three Abrahamic faiths. Lord Parry Mitchell, an active member of the House of Lords, discussed the need for Jewish students to engage with those of other faiths with the aim to address the issues surrounding anti-Semitism on campuses. 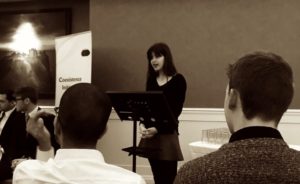 Dr. Salah al-Ansari, Senior Researcher at the London-based counter-extremism think tank Quilliam, discussed various methods to combat hate speech including recognizing where hate speech exists in one’s own faith community and the possibility to offer an alternative view which promotes inclusivity. The final speaker was Rev. Dr. Leah Robinson, a lecturer in Practical Theology at the University of Edinburgh, who discussed sectarianism between Protestants and Catholics in Scotland and how that manifests in hate speech that becomes normalized within specific social groups. 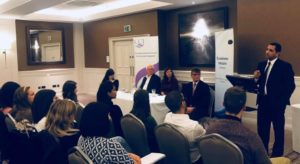 This event was attended by over 60 students and members of the local community and the question and answer session included lively debate and provoked a serious reflection on the state of interreligious dialogue in the UK today.