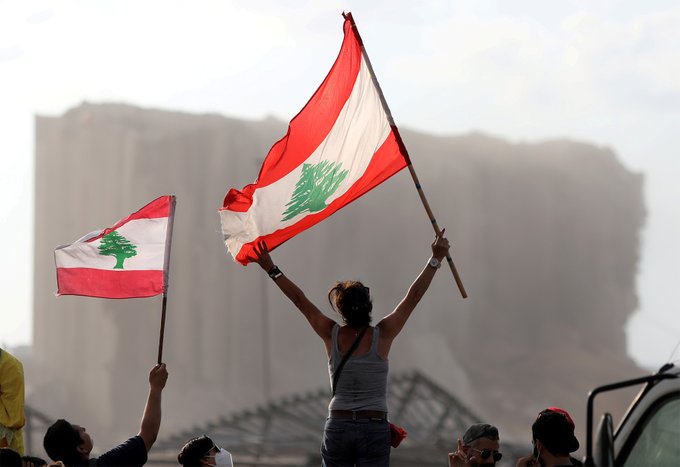 How would you assess the political developments after the Beirut port explosions?

Lebanon is going through a dark tunnel with no end in sight. The former PM Hassan Diab resigned soon after the port explosions in Beirut, but the creation of a new government led by the PM-designate Mustapha Adib has been dragging on for weeks now, missing the deadline set by the French initiative. The main stumbling block is the appointment of the Ministry of Finance, a key position in the prospect of new talks with the International Monetary Fund over aid packages to avert the final economic meltdown of the country.

Inflation is skyrocketing, the currency has lost almost its entire value, the amount of cash in circulation has been drastically curtailed, and banks are not allowing citizens to access their savings. To provide financial support, foreign donors have long been asking for the implementation of accountability measures, especially concerning the bank system, but to no avail, and there is no guarantee that the next government will change course to meet their expectations. In the event of a collapse, the savings of the vast majority of the Lebanese would evaporate once and for all, domestic tensions would rise, and with them the use of violence.

Do you think the country is heading for a new civil war?

A side-effect of the anti-establishment “revolution” broke out last October 2019 has been the increasing re-emergence of the cleavages dating back to the civil war. In the wake of the explosions and Diab’s resignation, street clashes took place in sensitive areas of Beirut; rival sides have been flexing muscles, and military-style parades were held to show readiness to sustain a possible conflict. The return to an all-out civil war still seems far away to come, and most Lebanese reject such a scenario, as they would just wish to have a “normal” life. But a further deterioration of the situation is meant to lead to new confrontations, whose intensity could grow significantly also in the short term.

What is the impact of the confessional system on the crisis?

One of the main claims of the “revolution” is the overcoming of the current institutional and administrative structure, which is regulated according to the religious affiliation of the Lebanese population. The goal is to give birth to a European-style civic and democratic state, based on the concept of citizenship and the rule of law. This is a legitimate aspiration, which comes especially from the new generation.

However, the flaws and failures that have brought Lebanon to its knees cannot all be referred to the so-called confessionalism as such. Corruption, cronyism, and indifference toward the common good, can be present in any kind of government system and society. As for Lebanon, it is the extremely poor conduct in the management of public affairs that must be held accountable for the lack of development of the country’s capacities, despite its enormous potential.

The regional disputes involving Lebanon may have slowed down or hampered some processes, but not to the extent of preventing the introduction of modern electricity and transportation services, or proper care of the coastline for the sake of environment and tourism, not to mention the issue of the port in Beirut. No structural change will thus be effective unless preceded and accompanied by a profound change in attitude and mentality.

As for the confessional framework, it stems from the religious pluralism inherent to the Lebanese society, and its replacement would entail a long transformation process. To be sure, it has shortcomings that would need to be addressed with substantive reforms, although the starting point for change could be the respect of already existing provisions. For instance, the Lebanese Constitution clearly states that only the highest institutional positions, along with some other relevant ones, must be distributed according to religious lines, while all others must be assigned on the basis of competence.

Moreover, it should not be forgotten that this system has allowed relevant degrees of coexistence among religious as well as ethnic communities with opposed historical drivers and trajectories. In Europe, societies are more homogenous, but it is worth to be noticed that political parties transcending religious affiliations can themselves turn into “secular” sects, headed by “zaims” and indulging in corruption, cronyism, and indifference toward the common good. This is the so-called “partitism,” instead of the Lebanese sectarianism (sects turned into political parties), or “partitocracy,” as it was labelled in Italy about 60 years ago.

What are the prospects of the “revolution”?

From the very beginning, the “revolution” has been disconnected from the political process, despite the huge popular support, and it will likely remain so for the time being, with no ability to impact the course of events. The wave of protests, and the pressure by intellectuals, scholars, journalists, and professionals, have proved ineffective to obtain the introduction of any reform, not even of the measures requested to unlock foreign aid. The widespread belief is that no government within the current political framework, neither a majority nor a national unity government, will be able to deliver the systemic changes the “revolution” has been advocating for.

There are voices supporting the establishment of a new political party that embodies the spirit of the “revolution,” combined with a “smart” vision for the future of Lebanon. However, this party would not be able to join the political process anytime soon, as the next parliamentary elections are scheduled in 2022, and early elections would not be in the interest of the main stakeholders. What to do?

The population lives in fear and seems resigned to accept any kind of government, provided that it succeeds in getting the country back on track economically. As for Beirut, citizens are still traumatized from the explosions, also those who have not suffered human and material losses. The series of fires broke out at the port and in a downtown shopping mall, have contributed to increased anxiety, humiliation, and a sense of despair and helplessness, even as the COVID-19 infection is surging again at worrying levels. The “reconstruction” will be very hard from a psychological angle as well.

How does Hezbollah fit into this context?

Hezbollah is facing major challenges. The group is the stakeholder with the largest share of parliamentary seats and has been targeted by large sectors of the “revolution,” even from within its own constituency. Many are blaming Hezbollah for the delay in the formation of the new government, and the port explosions in Beirut are suspected to be tied to its armed wing, which is increasingly coming under the spotlight. New requests to place the militia under the umbrella of the state and to respect Lebanon’s neutrality have recently been made by a number of authoritative leaders across the board.

This reflects what is probably the current greatest divide in the Lebanese politics and society: the divide between those who fully adhere to or are sympathetic with the “resistance,” and those who would like Lebanon to pursue a foreign and security policy more coherent with its strategic interests as a sovereign and independent country, without necessarily questioning the enmity with Israel, befriending the United States to avoid sanctions, and turning the back on Iran and Syria. The latest regional developments, with the beginning of a new “normalization” trend between Arab countries and Israel, are actually inviting the “resistance” to take stock of the results achieved by its policies.

From this point of view, it is a fact that so far the “resistance” has just succeeded in creating the ideal security and geopolitical environment for the “enemy” to advance its goals, while inflicting heavy damages to Lebanon, directly or indirectly, until these very days. If a problem cannot be solved through the same way of thinking that has created it, the “resistance” should duly reflect on the appropriateness of its approach, starting with the ideological-cultural discourse. Lebanon, and also the Palestinians in their predicament, would probably benefit from it. Too late, perhaps, but better than never.