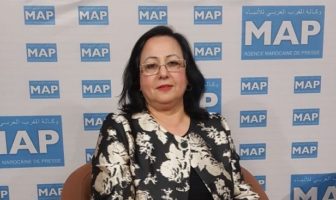 Twenty-seven years have passed since the establishment in 1991 of the United Nations Mission for the Referendum in Western Sahara (MINURSO), in charge of monitoring the cease-fire between Morocco and the Polisario Front. In this period of time, several UN Special Envoys have sought to shepherd the negotiations for a permanent settlement to a succesful conclusion. However, no progress has been made so far at the diplomatic table, while on the ground the repeated violations of the cease-fire, which Morocco attributes to the Polisario Front, risk to trigger an escalation also involving neighboring countries such as Algeria. What went wrong with the UN engagement in the crisis? RSC Fellow and Senior Advisor Siham Al Jibouri answered this question in Rabat, on April 17, during the Conference titled “The Buffer Zone: A Way to Manage the Cease-Fire or a Time Bomb?”, organized by the Centre Marocain des Études Stratégiques (CMES) in partnership with the Agence Maghreb Arabe Presse (MAP), to promote the discussion between experts and policy-makers on how to overcome the stalemate in Western Sahara.

Ms. Al Jibouri argued that the reasons of the UN unsuccess are to be found in the very posture of its engagement. MINURSO outlines the prospect of a secession in a conflict originally fueled by socio-economic and human rights grievances, and not by claims to self-determination, which cannot be accepted by Morocco as a solution. Moreover, the coming into play of the UN transformed a local conflict into a regional and an international question, further complicating the process to achieve a political settlement. Despite Rabat’s aversion, the previous UN Special Envoy insisted on the participation of certain actors in talks held under the auspices of the African Union (AU), and that, along with the violations of the cease-fire overlooked by MINURSO, did not contribute to raise the credibility of the UN as an honest broker.

On the other hand, the Moroccan diplomacy and civil society organizations have always been very attentive in valuing the role of the UN, as well as of the AU and the European Union, but the outcome did not match the efforts of Rabat. A renewed approach might thus be required in order for Morocco to reach out more effectively to the UN and to other international organizations, while persuading neighboring countries to be more respectful of the Moroccan stance in the controversy over Western Sahara. At the same time, expanding the demilitarized buffer zone and the deployment of new UN troops would help deter new violations of the cease-fire and avoid a possible military confrontation.