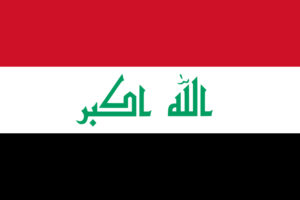 As the Iraqi army and its joint forces are writing the end of ISIS existence on the Iraqi soil, concerns are growing over the prospects of the country after the liberation of Mosul and the Nineveh province. The reasons that led to the rise of a vicious entity such as ISIS still need to be addressed, and an assessment of the root-causes should help avoid repeating the same mistakes in the next future.

To the eyes of the population, the failure of the Iraqi political parties to create a stable and prosperous country throughout the last decade, has been as much shocking as the black flags overrunning the Iraqi-Syrian border. In particular, the fact that the “national constants” have been put on the sidelines of the public life prevented the various groups and factions from gathering around a common platform of cooperation to advance security, stability, and development. Instead of achieving a shared view on the role of the Iraqi institutions, and on the pluralistic nature of the Iraqi social and cultural fabric, they engaged in antagonistic relations at the expanse of the national interests and security.

As a consequence, the disruption of the political process opened the way to the scourge of sectarianism and its by-product: Terrorism. However, learning from the failures of the past may serve the purpose of building a successful future, and all Iraqi relevant actors (political parties, religious leaders, tribal figures, academic institutions, non-governmental organizations, the civil society, the private sector, and the media) are called on to double-down their efforts to make the “national constants” prevail over cleavages and divisions.

First and foremost, differences in religious affiliation, ethnicity, and politics, should no longer overshadow the “national identity”, which is grounded in the commonality of history, traditions, values, and cultural heritage binding together the various components that make up the Iraqi national community.

Then, the Constitution. The Iraqi fundamental charter enshrines the principles of pluralism, equality, and social justice, and guarantees citizens’ rights and the pursuit of the common good. Therefore, it is meant to inspire the decision-making and the conduct of the government, and will no longer have to be exploited for partisan objectives. On the other hand, the political parties should agree on constitutional amendments addressing the issue of the administrative form of the Iraqi state, which should reflect the developments occurred over the past few years. The conclusion of the institution-building process started in 2003 would improve the functioning of the political system, boosting the economic activities, development, and social welfare.

Looking to the broader regional scenario, Iraq should also be endowed with a proper national security strategy, outlining the actual security interests and geopolitical posture of the Iraqi state. The zero-sum game in the Middle East sparked by the “Arab Spring” has heavily contributed to the polarization of the Iraqi society and political spectrum, not to mention the grave instability spread across the country. In this context, most of the political actors in Iraq have been acting as instruments to implement the regional agendas of neighboring countries. Their influence extended to the judiciary and the armed forces, and managed to affect the conduct of the Iraqi governments in both domestic and foreign affairs. Overall, they hampered the construction of a strong, stable, fully independent, and sovereign Iraq, which they fear and are opposed to. Here is why Iraq needs to craft a national security strategy, providing the guidelines to prevent the encroachment of regional powers and conflicts on the Iraqi territory.

To reaffirm the “national constants” and establish the foundation of a truly united country, the national solidarity that continue to keep all Iraqis together against ISIS, regardless of their religious and ethnic belonging, is a powerful driving force. This is certainly a difficult mission, but another failure to counter the forces of disintegration, both internal and external, would boost sectarianism further, and violence and infighting will be the hallmark also of the post-ISIS Iraq.