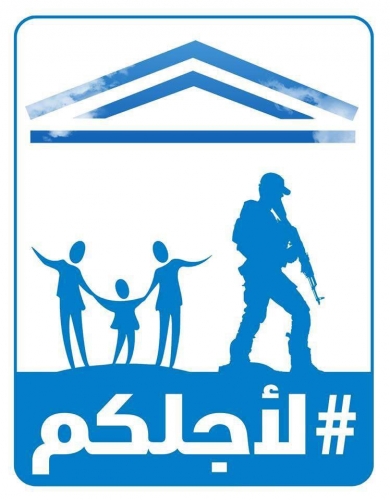 The debate on the future of Iraq after the liberation of Mosul from ISIS is intensifying both inside and outside the country. The fear of a partition along sectarian and ethnic fault lines is corroborated by some recent developments, such as the raising of the Kurdish flag in Kirkuk and the meeting held by prominent Sunni politicians, tribal leaders and clerics at the beginning of March, which was seen as an attempt to establish a Sunni block opposed to the Shiite-centric government in Baghdad and to the growing influence of the Shiite militias.

However, not all the signs point to an unavoidable split. This is a concrete risk, but there also significant initiatives being conducted with the aim to prevent it. To that effect, a major role has been played by Grand Ayatollah Sayyed Ali Sistani, the highest Shiite religious authority in Iraq, who is devoting major efforts to restrain the centrifugal forces and infuse among the Iraqis a stronger sense of belonging to a united national community, regardless of the religious belief and ethnicity. He issued a number of decrees (fatwas) condemning any form of Shiite sectarianism and prohibiting attacks against the Sunni population and religious sites. Moreover, he personally presided over the distribution of humanitarian aid to 8.000 families in the predominantly Sunni governorate of Salahuddin, which had greatly suffered under the rule of ISIS.

Grand Ayatollah Sistani also urged national and local authorities, groups and representatives of the civil society to provide relief and hospitality to the tens of thousands of displaced from Mosul and the whole Ninive governorate. The response has been immediate and substantive: since the beginning of last March, more than 2.700 trucks loaded with food, medicines and other essential goods reached over 11.000 people in the area from 13 central and south Iraqi provinces. This solidarity initiative has been named foryou# and draws inspiration from Sistani’s fatwa against Daesh in consolidating national unity and countering the backers of partition and sectarian agendas.

In this context, the symbolic city of Karbala is standing out for being both among the largest humanitarian contributors and the hub of the fight against sectarianism in Iraq. During the conference on “Moderation in Religion and Politics”, organized by the Center for Strategic Studies of the Karbala University last March 22-23, political and religious leaders, officials, experts and representatives of the civil society from all Iraqi religious and ethnic groups discussed how to move forward with the construction of a modern civil state, where sectarianism is no longer the driving force behind political behaviors and attitudes.

Shiites, Sunnis, Kurds, Christians, Turkmens, Yazidis and others, advocated the adoption of a moderate and reasonable approach to religious and political issues, primarily through education and the media. They also concurred that religion must not be associated with militant groups and militias. These latter are merely sectarian in nature, and as such they are just intended to disrupt social peace and the unity of the country, although the Popular Mobilization Forces, which are currently engaged against Daesh alongside the Iraqi army, are regarded by many as an exception.

The proceedings of the conference also called for advancing the institution building process and closing the gap between people and power. As long as the legal authorities will be viewed as incapable to provide basic services, and the political establishment as inherently corrupt, people will continue to mistrust the state institutions and pledge allegiance to sectarian and ethnic sub-affiliations as major reference point.

Indeed, improving public governance, and ensuring more justice and equality, are the greatest challenges in view of the next general elections scheduled for 2018. If no progress is made on these two fronts, the number of voters who might decide to boycott the polls will likely be very high. The sectarian and militant projects will then turn out to be victorious, and the democratic process and the unity of Iraq will be jeopardized perhaps irremediably.

Against this backdrop, the positive role of the religious establishment leaves some hopes for the future. Besides Grand Ayatollah Sistani, prominent representatives of all denominations are taking the lead in promoting cooperation, integration and mutual respect in the social and cultural spheres, thus compensating for the weakness of the institutions without interfering directly in the political life. Facing sectarianism and the prospect of a partition, they are indicating the way forward to build a reconciled, inclusive and safer Iraq.