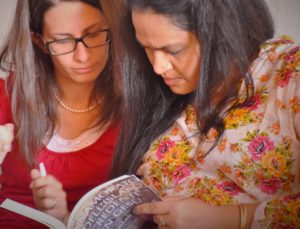 C Research Fellow Dr. Tehseen Nisar participated in a meeting on “Challenges and Prospects of Interreligious Dialogue”, organized by the Deir Mar Musa community from August 26 to September 4.

Deir Mar Musa is the monastic community founded by Fr. Paolo Dall’Oglio in Syria near the town of Nabk, 80 km north of Damascus. The meeting took place at the San Salvatore

monastery that the community hosts at Cori, Rome. Deir Mar Musa has established a monastery also in northern Iraq, namely in Sulaymaniyya, the second largest city of the Kurdish region.

The discussion examined the major issues straining relations within Islam and between Islam and Christianity in the Middle East, with a particular focus on the conflicts in Syria and Iraq.

Moreover, the meeting featured reading sessions of verses from the Bible’s Old and New Testament as well as the Quran and Hadits, which can be employed to advocate a peaceful coexistence among religions and to counter extremist propaganda.

Excerpts from Fr. Dall’Oglio’s book “Hope in Islam” were also read and discussed. Dall’Oglio has been abducted by ISIS in July 2013 and his whereabouts are currently unknown.

The meeting was attended by Fr. Jacques Mourad, a prominent Deir Mar Musa member who managed to escape ISIS captivity.